The blithe, unfocused life I led concealed a tiny hole.

It barely marred the surface, but it reached into my soul.

Amid my occupations, I would feel a little draft

or faintly hear an echo ricochet behind my laugh;

but youth’s nearsightedness dulled my perception, dimmed my view

and kept me from distinguishing that what I lacked was You.

Until one night You spoke my name. Your silent call was clear.

It whispered to my soul but had no message for my ear.

You spoke though to another sense, for You engaged my eye

with color when a single stained glass window lit the night,

a spill of heaven’s radiance to punctuate Your word.

You told me You were waiting but that You’re a patient God.

And that was all. Night re-enveloped me. The moment passed.

The window once again became a bit of colored glass.

And yet the impact of that moment didn’t fade. Still sharp

remained the memory of glory patterning the dark.

The glimpse was evanescent, but the presence You’d revealed

exactly matched the contour of the hole that never healed.

I knew I had to find You then, was certain You were near;

Religion nodded in agreement but did not say where.

I sought advice from Science, confident it would resolve

this mystery, but Science didn’t want to get involved.

Philosophy could only throw out tantalizing hints,

and all of Nature’s majesty was but Your fingerprint.

I questioned You directly then, but silent You remained.

If You weren’t seeking a response, why had You called my name?

And I could not forget about You; longing only grew;

contentment was reduced to fidgeting for want of You.

The earth seemed flat and monochrome, more faded than before:

its spectrum didn’t satisfy once You had shown me Yours.

If you’d like to keep reading,
read the first two chapters online 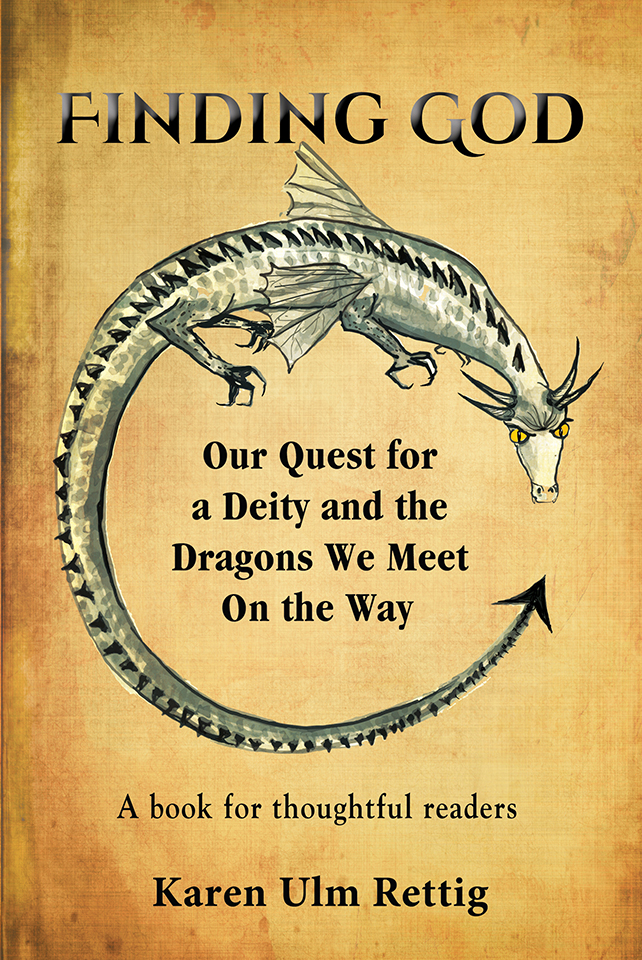 Buy the Book
Read a Description